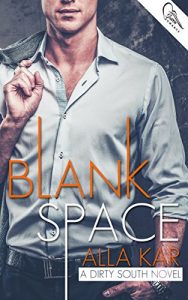 Shelby Henry was easy. At least that’s what the news reports said about her. In the spotlight as a result of her father’s hunting empire, Shelby was no stranger to publicity—the bad kind. After her brother’s death, her party-girl ways elevated her notoriety to an all-time high. A serious relationship soon became harder to find, because no one wanted to be associated with the town slut, even if she was rich. Or so she thought... Cash Jenkins didn’t have time to date. Being the CEO of a well-known deer-stand business occupied most of his time. But everyone knows that money talks. When Mrs. Henry from Henry’s Hunting World came to him with a fat check to help jump-start his business, all he saw was dollar signs. But there was a catch. Cash was to date her daughter and make a respectable woman out of her. Date a pretty little rich girl? How hard could it be? Shelby wasn’t looking for a boyfriend, but she enjoyed Cash’s attention. After all, her life could be much worse. Cash Jenkins was something fine, rich, ambitious, and try as she might, she could not get the thought of being underneath him out of her mind. The way he looked at her. The soft, subtle touches, and those deep blue eyes. She had no idea it was all a ruse, engineered by her mother. Cash never imagined pretending to date her would be hard. If she found out about the arrangement with her mother, he could lose everything; his business, his career, his money. But after spending time with Shelby, it was starting to seem worth it. Dirty deeds. Dirty dealings, and dirty minds lead Shelby and Cash to a decision that will change them both forever in BLANK SPACE, book 1 in Alla Kar’s new Dirty South series.Links
Buy on Amazon: http://amzn.to/2lOxPED
Add on Goodreads: https://www.goodreads.com/book/show/33973505-blank-space

My name is Alla Kar. I live in the deep south with my fiancé and Chihuahua. I love to write about alpha males, southern gentlemen and swoon-worthy men! :)
Follow me: http://allakarbooks.blogspot.com/ Friend me: www.facebook.com/allakarbooks Follow me: @allkar1
Swoon Romance on Twitter: @SwoonRomance
Swoon Romance on Facebook: https://www.facebook.com/swoonromance/?fref=ts