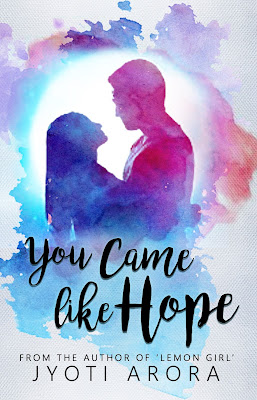 Peehu:
“I heard them mourn my death. I lay in the next room. Motionless, silent, and staring at the ceiling.”

Adih:
“When it comes to a broken person, some of them are expert at blinding you. Spend an entire evening with such a person, but you may still not know how he is crushing inside.”

Uday:
“Who would say no to him? He is smart, intelligent, super handsome, rich, suave and sophisticated. He’s perfect!”

Pooja:
“Pooja gave no explanation. She asked no forgiveness. She just arrived in his home, resenting him for being her husband.”

Arunav:
“He had smiled as if nothing was wrong.
He had behaved as if he still had his dreams and hopes.
He had pretended as if it didn’t hurt.
But it did.”

Does Destiny hold the key to our happiness?
Is it always the feeble that is the victim?
Love can be the embrace of heaven. But what happens when it unleashes hellfire?

Lose yourself in the intense narrative of You Came Like Hope as it unleashes a rollercoaster of emotions, uncovers some bitter truths, challenges widespread prejudices, and forces you to reconsider your beliefs.

Check out the Free Sample of the novel

1.      As a child, what did you want to do when you grew up?
I wanted to be different things at different times. When I was a kid, I dreamed of becoming a movie star. Then I went through phases where I wanted to be scientist, doctor, artist, teacher, solider and even an astronaut. I also wanted to be a detective like Nancy Drew. I think it depended upon who impressed and inspired me most at that time. Being a novelist never entered my mind when I was a kid.

2.      When did you first realize you wanted to be a writer?
The ambition of being a novelist started and took hold of my heart as I pursued Graduation and Post Graduation degrees in English Literature. That was when I realized how much skill and technique went into writing of novels. It also amazed me how we were studying books that were written centuries ago. Those great books were immortal, and they had made their authors immortal too. I started aspiring for this immortality as well.

3.      How long does it take you to write a book?
I’m a very slow writer, I think. I take about three years to complete a book. But half of that time goes in editing and revision of the book. I don’t mind working hard in revising and re-revising my book. And if something doesn’t seem to be working, I don’t mind making major changes in the book, even after several drafts. In fact, after I had revised You Came Like Hope five times, I realized the hero wasn’t working. So, I changed his entire character in the 6th draft.
However, I feel that such slow pace is not a very good idea for an author in today’s competitive market. So, I intend to try and be faster in future. I have so many ideas. I’d never be able to develop them all if I go at this pace. I need to be faster! Hopefully, my next book will take less time to complete.

4.      What is your work schedule like when you're writing?
There isn’t any fixed schedule. I have a full-time job. I also have blogs. I get very little free time to work on books. So, I try to write whenever I get time. It also depends upon the flow of ideas. If my ideas are flowing, I can ignore my blogs. I can even give up reading for a few days and concentrate on my writing. But if the ideas are not flowing, I indulge in other pursuits till the writer’s block clears. Also, I spend less time writing while the book is at the beginning phase. As it advances in the story, it pulls me in and I spend more time at it.

5.      Where do you get your information or ideas for your books?
I can’t really say where I get ideas from. They really just pop up from most random things. For example, I got the idea of writing You Came Like Hope when I came under an attack by some anti-feminist Twitter trolls.
As for research, I rely mainly on Google search and information gathered from friends, family and other contacts.

6.      What was one of the most surprising things you learned in creating your books?
I learnt that once you create a strong character, you can’t always control it. I experienced this in my first novel itself. When I started my first novel Dream’s Sake, I had its sad end clearly in sight. But as I reached closer to this end, I felt I couldn’t give my hero such a tragic destiny. I had fallen in love with him and I wanted him to have a happy ending. I tried three times to make this possible. But the hero and other characters just refused to accept the change. They led the story straight to the destiny for which they had been developed to begin with.

7.      How many books have you written? Which is your favourite?
I have written 10 original books. 6 of these are children’s books and one is a YA Fiction. However, these 7 books were written on For-Hire basis for a publisher so I don’t own any right to them. I was working with this publisher to develop books for kids.
As for my own novels, I’ve written three so far. These are Dream’s Sake, Lemon Girl, and You Came Like Hope. Of course, I love all my books. But if I have to pick one, I’d still pick my first novel Dream’s Sake as my favourite. As it was my first book, I poured a lot of myself in it. Also, I’m still in love with its hero!

8.      What do you think makes a good story?
Great characters and a plot with lots of engrossing twists and turns. Weaken one, and your story loses its magic.
As a reader, a good story for me is one that moves me with emotions and also gives me something to thing about. That’s the kind of books I like writing.


I heard them mourn my death. I lay in the next room. Motionless, silent, and staring at the ceiling.

Darkness stretched out from every direction, engulfing me in it. The heavy curtains on the window kept the sunshine away. One streak of sunlight still managed to trespass into the territory of gloom. Like a torturous, lingering hope of a broken heart. My eyes marked its path. My brain failed to recognize it.

In the next room, voices kept on rising, trembling my heart with their every word.

‘Peehu! My child!’ my mother cried. Amid the muffled murmurs of other people, I could also hear another voice of sorrow. It was my father. That was the first time I had heard him cry. It was terrifying.

‘My poor child,’ my mother wailed. ‘She always said she was my unlucky daughter. We said she was careless and rash. We scolded her so much. Now look what has happened. My poor Peehu, dead at such a young age.’

Something was weighing me down, robbing me of the power to move or speak. An aching longing that screamed there had been an irreparable loss. Something had gone away from me that I would never get back. Something had ended. I just couldn’t remember what.

Mother kept on crying. I heard the word again in mother’s wails. Unlucky. Yes, I had said that to mother. Often. I had believed it too, for as long as I remember. My twin sister had all the good luck. I had all the bad luck. Or so it seemed to me, at least. My life had done a marvellous job so far in proving this to be true. 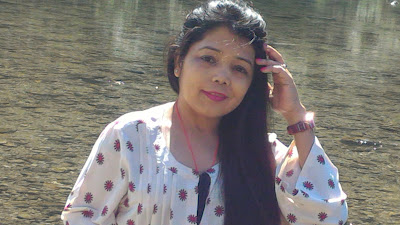 Jyoti Arora is a novelist and blogger from Ghaziabad. You Came Like Hope is her third novel, coming after Dream’s Sake and Lemon Girl. She is Post Graduate in English Literature and Applied Psychology.
Jyoti has over five years of experience working as a freelance writer. This experience includes abridging over 24 famous English classics like Jane Eyre, Moby Dick etc.
Jyoti Arora is a patient of Thalassemia Major. But she does not let this stop or discourage her. For her determination and achievements, Jyoti has received appreciation from Ms Sheila Dixit, Ms Maneka Gandhi and the Ghaziabad wing of BJP. Her life story has been covered in various local and national TV shows, radio programs, newspapers, magazines and websites like YourStory and Inspire India. She was also one of the ‘100 Women Achievers of India’ that were invited to witness the Republic Day parade of India (2016) as special guests.
Besides reading and writing novels, Jyoti also enjoys blogging and has won several blogging competitions. She loves checking out latest technological innovations, watching movies, and listening to old Bollywood songs. Reach her at jyotiarora.com.