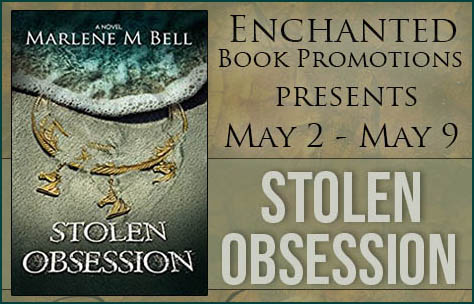 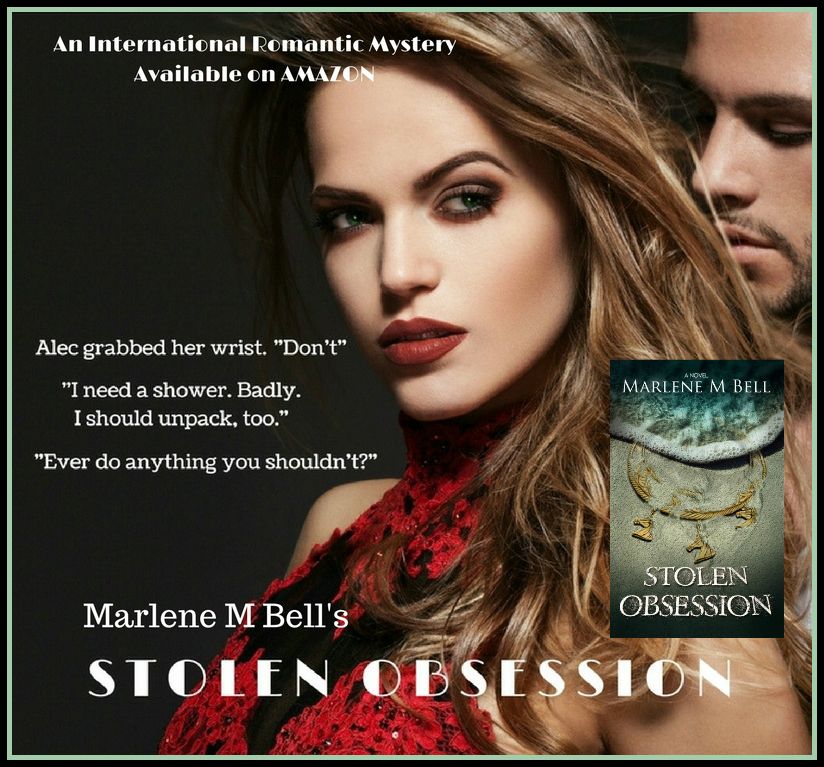 Title: Stolen Obsession
Author: Marlene M. Bell
Genre: Romantic Suspense
PEOPLE DIE, BUT LEGENDS LIVE ON.
Manhattan antiquities appraiser Annalisse Drury dreams of a quiet life on the family farm among the sheep she loves, when her best friend is murdered. The police assume robbery is the motive because her friend’s expensive bracelet is missing. But the 500-year-old artifact is rumored to carry an ancient curse, one that unleashes evil upon any who dare wear the jewelry created for the Persian royal family—and Annalisse believes her friend is the latest victim.
Weeks later, Annalisse sees a necklace matching the stolen bracelet at a gallery opening. Convinced the necklace is part of the deadly collection, Annalisse begs the gallery’s owner to destroy the piece, but her pleas are ignored— despite the unnatural death that occurs during the opening. With two victims linked to the jewelry, Annalisse is certain she must act.
Desperate to keep the gallery owner safe, Annalisse reluctantly enlists the owner’s son to help—even though she’s afraid he’ll break her heart. Wealthy and devastatingly handsome, with a string of bereft women in his wake, Greek playboy Alec Zavos dismisses Annalisse’s concerns—until his parents are ripped from the Zavos family yacht during their ocean voyage near Crete.
Annalisse and Alec race across two oceans to save his mother, feared dead or kidnapped. As time lapses, the killer switches mode and closes in on the man who’s meant for Annalisse with the lifestyle she wants most.
But when it’s her turn as the hunted, will she choose to save Alec and his mother, or sacrifice everything to save herself?

Marlene M Bell is an acclaimed artist and photographer as well as a writer. Her sheep landscapes grace the covers of publications such as, Sheep!, The Shepherd, Ranch & Rural Living and Sheep Industry News. Ewephoric, her mail order venture, began in 1985 out of a desire for realistic sheep stationery. A color catalog of non-fiction books and sheep-related gifts may be requested at www.marlenembell.com or www.texassheep.com.
Marlene and her husband, Gregg reside on a wooded ranch in East Texas with their 50 head of Horned Dorset sheep, a lovable Maremma guard dog named, Tia, and 3 spoiled cats who rule the household.
Links
Book Trailer
Author Website
Stolen Obsession Book Page From Website
TWITTER: @ewephoric
FACEBOOK: fb.me/marlenembell
Buy the Book:

Win 2 autographed paperbacks of Stolen Obsession and a $50 Amazon Gift Card for each winner! a Rafflecopter giveaway
Blog Tour