Her Crown of Fire by Renee April 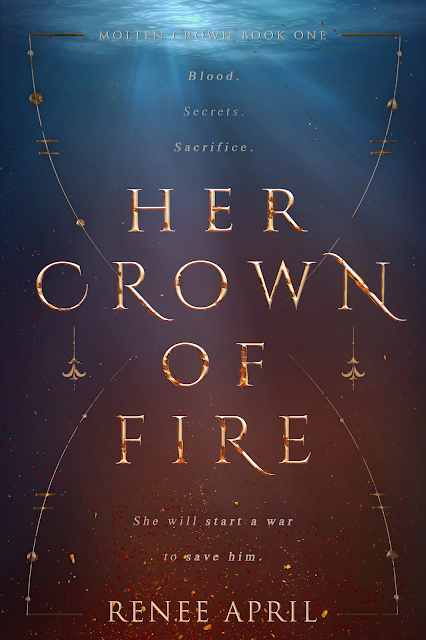 In the dull, everyday world, seventeen-year-old Rose Evermore struggles to plan beyond her final year of high school. But when fire suddenly obeys her every command and her dreams predict the future, she becomes hungry for more of this strange power.

Under her dreams’ guidance, Rose lands in the fantasy realm of Lotheria–with a tagalong. Tyson, her best friend since childhood, winds up there with her, just as confused and a hell of a lot more vulnerable. In Lotheria, Rose is welcomed and celebrated as a fire mage at the Academy, while the very un-magical Tyson is forced into hiding under threat of death from the masters of Rose’s new school.

As Rose’s talent in fire magic draws unwanted attention and Tyson struggles to transition from high school student to blacksmith, Rose must find a way to return Tyson to their own world before the masters discover and execute him–no matter the cost. 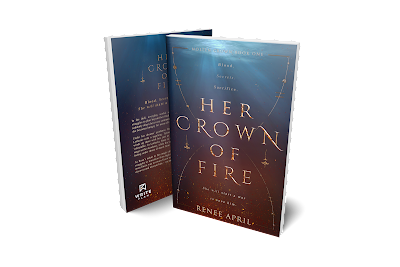 About the Author
Renee April is the author of the young adult fantasy novel, Her Crown of Fire. In addition to being an avid reader and writer, she streams games badly on Twitch and acts as dungeon master for her D&D group. As a result, she spends far too much time in fantasy realms.She can be found on various writing sites such as Wattpad and Goodreads, but usually lurks on Twitter to hand out bad advice and genuine sympathies.
Author Links: