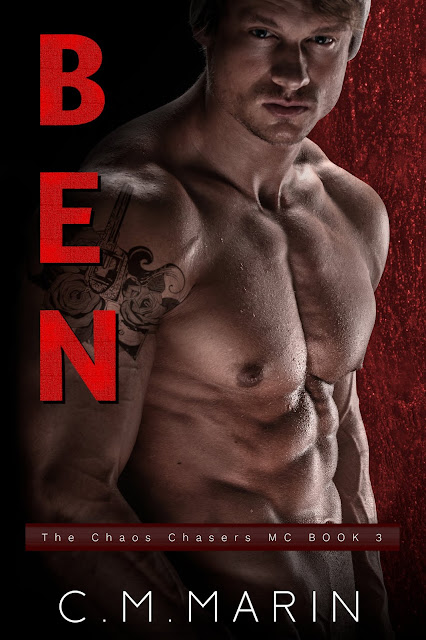 A biker. A gorgeous, sexy, charming biker. In other words, the kind of guy I swore I wouldn’t even glance at again a long time ago. No, scratch that. Ben is worse than the kind of guy I swore I wouldn’t even glance at again.
He’s everything I don’t want to want. A carefree bad boy with an irritating grin, who thinks he has me all figured out. And… he’s right.
Damn sexy biker.
There’s only one possible explanation for fate to have put him in my path. I’m cursed. I must have been an awful person in a past life, and Ben has been sent to make me pay for my sins. The worst part? I’m too weak to resist him for long. The only thing that keeps me from completely falling in love with the guy is the several thousands of miles that separate us.
But that was before his enemies try to get to me.
Now, all I want is to go to him, and let him hold me. That’s when I realize that I’ve already fallen in love with him.
Damn charming biker.
Authors note:
*Book 3 in the Chaos Chasers MC series
*Dual POV
*Explicit sex scenes
*Ben is not a dark MC romance 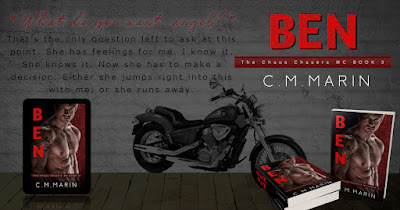 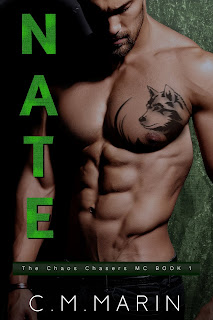 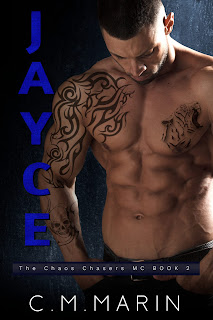 C.M. Marin fell in love with books a long time ago. She’s a small-town girl who loves all things romance. Steamy contemporary romance and romantic suspense are her guilty pleasures, so when she’s not writing away new fictional characters, you can find her with a book in one hand and a cup of tea in the other.