The Dream Weaver by Chantae Oliver 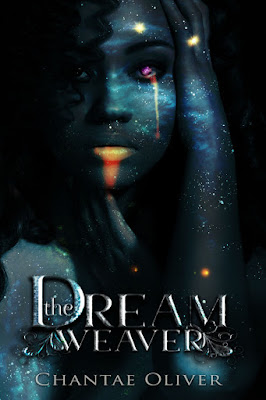 18-year-old Rhiannon, the last fairy princess, has spent the last 8 years going through the motions of her life after witnessing the murder of her parents. Traumatized from her inability to help them, she freely allows the High Council to make most decisions for her. That is, until, the person who killed her parents is found and she is given a chance to use her unique and developing powers to get revenge.After spending so long avoiding any decision making, Rhiannon now faces a moral decision that she can’t evade.

Excerpt:
Prologue
Rhiannon felt as though the air was being pulled out of her lungs as she fell through the complete darkness with no end in sight. She was falling so fast and so hard that she couldn’t even let out the scream that was bubbling up within her as she panicked and looked around everywhere for something to hold. All sense left her mind, andall her training was forgotten as she put her arms out in front of herself protectively and accepted her impending doom.
“Use your training!” A voice boomed out around her with no source apparent.
My training…my training. Ohcrap,I’m going to die! Rhiannon thought franticallyas her velocity picked up and nausea swept over her.
“Get your control back, Rhiannon! You’ll keep falling until you do!” The disembodied voice rang out again, louder this time.
Her descent already felt as though it had gone on foreverso she couldn’t believe what the voice was insinuating.
How do I make this stop?How do I gain control over this? She thought to herself confused.
Steadying her breath, Rhiannon began to assess the situation as best she could through her panic.
I have been falling for a reallylong time…how is that even possible? It isn’t. Thisisn’t possible at all.
Rhiannon’s eyes shot open in surprise as she opened her arms outwards like a T and suddenly stopped falling and floated in place.
This. Is. A. Dream. Duh, Rhiannon!
“Much better! Now control your surroundings!” The voice shouted.
Feeling confidence flow through her, she began to construct a floor beneath her feet. Steadying herself on the asphalt, Rhiannon let whimsy take hold as buildings sprouted up all around her. She started creating a city made up of the most famous buildings from all over the world – the Eiffel Tower from Paris, Big Ben from London, the Burj Khalifa from Dubai, the Empire State Building from New York – building after building sprouted up from her imagination.Places she had always hoped to visit one day and photograph – now they were here, andshe could see them all in one shot.
“Perfect. Now destroy it all and wake up.” The voice said coldly.
Rhiannon hesitated, not wanting to see her creation destroyed before she even got to explore it.
“NOW!” The voice screamed causing waves of vibration to go through the air.
Flinching, Rhiannon took another deep breath and gave a small wave to the buildings she loved; then shewatched as they all crashed to the ground. As the last building fell, Rhiannon felt herself being pulled back towards the real world as she woke up, surrounded by her trainers – some looking pleased, some looking stern, and Lady Villagomez standing out most of all with a look of disappointment on her face.
As Rhiannon sat up in the bed, the familiar pain in her spine radiated through her entire back. She groaned audiblyas she noted that it seemed to be growing more intense with each training session.
“You need to be more focused! What you’re facing is a life or death situation, you need to be aware that it’s a dream the second you enter it!” Lady Villagomez had come inches from Rhiannon’s face as she lectured her again about the importance of her training.
Rhiannon backed up a bit on the bed as she thought to herself, I should’ve never gone to that damn High Council meeting… 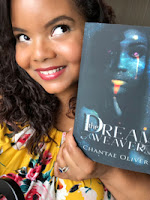 About the Author
Chantae writes how she reads - which is to mean that she likes to get to the exciting bits AS SOON AS POSSIBLE! Her writing reflects that as her focus is on taking you on a fun ride. Writing motto? "I'm here to entertain you, not teach you."Chantae Oliver has lived a life seeing the world with constant travel and interactions with different people and cultures. She has both a strong sense of wanderlust and a passion for writing stories and poems that readers around the world can relate to.As someone who is mixed race, Chantae grew up a book worm who unfortunately often felt underrepresented. As the literary world expands its’ representation, Chantae hopes to join in by including people of different backgrounds, mentalities, abilities, and physical presences.In addition to working on her book series, she writes poetry, paints, plays Dungeons and Dragons, reads, does daily devotionals and raises her two precious boys.Winner of multiple writing competitions, Chantae has shown her tenacity and skills time and time again.
Website - https://www.chantaeoliver.com/
Goodreads - https://www.goodreads.com/author/show/18980478.Chantae_Oliver
Twitter - https://twitter.com/chantaeoliver
Facebook - https://www.facebook.com/chantaeoliver/
Instagram - https://www.instagram.com/chantae.oliver/