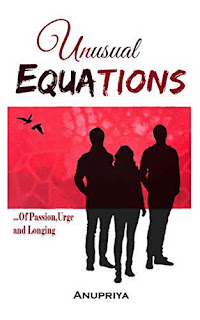 Viraj is struggling to concentrate at work because he has a wife to worry about. But he is more apprehensive because he knows that she is currently parked at the apartment of his arch nemesis.

Madhuri fought with her husband last night and in her rage left the house. She knows there is one place in the world where she is always welcome. She only hopes that she is not crossing any lines.

Aman has for long given up hope. Yet he can’t help but get a kick out of the circumstances that have brought her to his place. Is this is chance finally to bring her back to him?

Lives of three people entwined by love, passion, urge and devotion. Will they survive these unusual equations? Or will it destroy their happiness forever?

Despite his vanishing act, it was Aman who came to Madhuri’s rescue when she most needed it. He stood by her in the darkest hours of her life and provided the much-needed support when she decided to go against her family and marry Viraj.
In the months that followed her marriage to Viraj, Madhuri missed Aman a lot. He had gone back to remaining elusive from her life. When Aman called up almost six months later, she almost jumped to the roof with joy.
“Wow! So finally Saint Aman Sehgal is getting hitched too.”
Madhuri missed his wedding. Everyone among his relatives and family friends knew her. Moreover, her family would be there too and she couldn’t possibly add to the disgrace that she had already caused everyone. Madhuri saw the wedding pictures on Sreeja’s social media profile. As much as she wished to, she couldn’t dodge the jealousy she felt when she saw another woman standing on the dais with Aman. For days she fought with the distress before deciding to shift her focus back on her marriage.
But strangely, despite her jealousy, she was devastated when she heard that Sreeja had left Aman.
Actually, Madhuri and Sreeja had never warmed up to each other. While Madhuri continued to talk to Aman once in a while, she once tried to figure things out with Aman but was assured that Sreeja was just taking her time settling down.
“At the risk of sounding archaic, I must advise you to keep your distance from Aman and Sreeja. Not all spouses will be too accepting of their partner’s friendship with somebody from the opposite gender. Especially the kind shared by two of you.” Viraj cautioned her once.
The connotation of jealousy in his tone startled Madhuri for a second, but she dismissed his concern as absurd.
In the meantime, a couple of months after Sreeja left Aman shifted to Mumbai for work. Like a devout friend, Madhuri tried to play cupid and set him up for dates with her work friends and other interested ladies from his dating profile, which was created by her only. Even today, Madhuri winced at the memory of her Friday coffee outing with Aman a day after exactly second such blind date.
“What happened, you look quite spent? I guess yesterday’s date has done you some good,” she teased him. They were walking down the Nariman Point promenade.
Aman ran a restless hand to smoothen his hair and pinned her down with his blazing eyes.
“Let me get this straight, Mads, you are not to set me up for any dates from now on.”
“But…”
“If you do it, I promise you that I will never ever meet you again.”
That sent her heart diving down to her guts. But she was still not sure why Aman was upset. “I am sorry.”  She felt like a slouch. “Aman, I understand that you are hurting. But you need to heal the scars from the past. A new bond and you too will be as good as new.” Aman fisted his hands and raised it to hammer it into something, but controlled himself. Madhuri was terrified of his raging eyes while his mouth twisted awkwardly.
“Listen to me, Mads. Don’t mess with my life. Just make sure to not set me up for any of these silly dates in the future.”
Madhuri was taken aback by the maniac picture that Aman painted in that moment. She recovered quickly and made a long face, her eyes digging the floor for non-existent gold.
“Hey, Mads, I am sorry. It’s just that… I get extremely awkward at such dates. It’s not meant for me yaar.”
She nodded in partial understanding.
“I said I am sorry. I will not do it.”


She raised her hands in the air in a gesture making peace and then hugged him. She categorically waited for him to hug her back, but he stood there like a statue. She immediately felt deprived of his warmth and affection. If Madhuri were to make a confession - IT HURT. 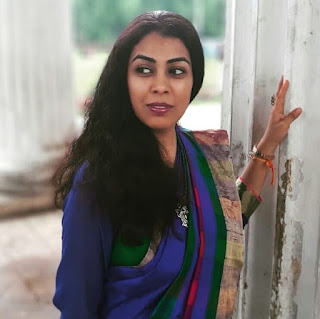 Anupriya belongs to that generation of Idiots (the proud ones though), who did their engineering first and then decided on what they actually wanted to do. She completed her MBA in Human Resources and worked in the corporate world for 8 years, before taking a professional break. A mom by day and a reader/writer by night, Anupriya is a die-hard romantic. Yet she believes that love (in any relationship) is a part of life, not, the heart of life. And she aims to bring to the world, stories around this theme. She can be found in the dot com world at her blog www.mommytincture.com, which contains her ranting about her experiences in her various roles as a mother, daughter, wife and foremost a human being, all churned together. It is also her outlet to the world where she doles out loads of gyaan on self-improvement and relationship management.