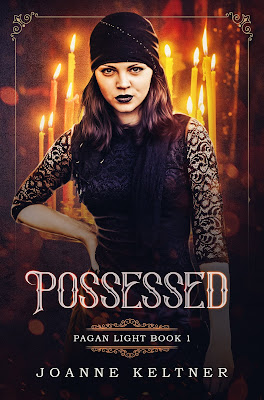 Calling Jackie psychic makes her cringe. But Jackie’s no normal seventeen-year-old. She picks up emotions from people and objects like a freak. The emotions make her sick, and the guilt she feels for lying to her church when she was twelve causes her to deny her psychic abilities.But when her jealous friend Trish invites a demon to help her steal Jason's love for Jackie, Jackie must learn how to use her gift to protect Jason and herself and to heal the negative energies around them. To do so means she must overcome her guilt and accept who she is before the demon claims her soul. 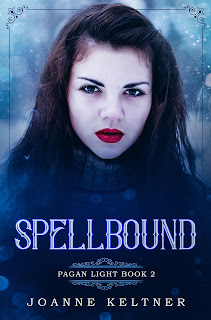 After battling a demon from her great-grandmother's past, Jackie Turov, a psychic and healer, accepts that all things are possible-even a romantic relationship with the young seminarian, David. But after an elderly church member, an immigrant from Russia, accuses Jackie and her great-grandmother, Babu, of being witches, Jackie questions if Babu was once an evil witch or just someone blessed with healing light. As Jackie sets out to find the truth about Babu's troubling past, and ultimately about herself, her future with David hangs in the balance.

Praise for Possessed:
“In this series opener, Keltner (Obsession, 2013, etc.) writes simply but effectively in the third person, crafting characters from small details while striking a good balance between the story’s paranormal and personal threads.”—Kirkus Reviews

“Possessed (Pagan Light) by JoAnne Keltner is a YA paranormal story with complex characters, deftly written and filled with magical realism.”—Review by Ruffina Oserio for Readers’Favorite

Written from an engaging third-person perspective, this book was everything it needed to be; dark, hopeful, mysterious, and intense.”—Review by K.J. Simmill for Readers’ Favorite

At the Ravenwood Oktoberfest, music came at Jackie from all directions—hip-hop from the roller coaster, rock from the Tilt-a-Whirl, pop from the Himalaya. Red, blue, and yellow bulbs blinked in rhythmic patterns; rides spun and jetted outward; and voices screamed and boomed over loudspeakers. The contrasting movements and sounds clashed in midair. She wanted to close her eyes and press her palms to her ears.
Relax, Jackie.
But she couldn’t.
As they walked down the main path of the carnival, surrounded by a drove of people, emotions swirled around her and she couldn’t distinguish one from the other. It was one huge cauldron of sensations churning inside her.
The camera strap tugged at her neck, and the camera bounced against her stomach. She wanted to hold the lens to her eye and shield herself, but she figured she’d trip.
Jason reached for her, like he wanted to put his arm around her shoulder. But then he hesitated. “You okay?” he asked.
She nodded and sucked in a deep breath.
Zeta waved at her from behind a group of boys in baggy pants and hoodies. “VQ,” she called. Zeta was the only person who could call Jackie VQ without making Jackie cringe. Trish was with her. The two of them looked like total freaks: Zeta in black tights, pointy-toed boots, and a red-and-black striped sweater, a fuzzy scarf tied around her neck; Trish in a black tutu over her jeans, a short, black leather jacket, and multiple ponytails sticking out all over her head.
Nearing the two, Jackie stumbled and grabbed Zeta’s arm for support. Stung by raw emotion, Jackie pulled her hand away like she’d touched a hot burner. Zeta was pure electric, switching on and off sporadically and so fast that she was neither happy nor sad, but energetically sassy. Trish was usually cool to the touch, her predominant mood: melancholy. Her mind was like a snowy TV station, the images faint and ghostly.
People stared at the four of them. Though, usually, not many people ever recognized Jackie with her makeup and black hair—not many people outside of school, that is. She no longer had to worry about them tugging on her or touching her. She only had to worry about what she touched and where she stood.
Every time Trish started to walk in front of Jackie to get close to Jason, Jackie stepped up her pace and casually blocked her. When Trish bumped into her, Jackie was stung by Trish’s anger and unquenched desire.
“Let’s go on the Ferris wheel,” Zeta said. “Maybe we’ll get stuck on top.”
“Not me,” Jackie said. “I’ll probably barf. I’m just getting used to being here.”
“I’m hungry,” Jason said.
“Chow sounds good.” Trish caught Jackie off guard. She crossed in front of Jackie and squeezed next to Jason.
Jason’s eyes widened in terror. He moved behind Jackie and to the other side so that Jackie was in the middle again.
Before anyone could make another move, a woman, with red hair wrapped loosely in a cornflower blue scarf, stepped in front of them and locked her boney hands around Jackie’s.
“What the…” Jackie tried to slip her hands free, but the woman tightened her grip.
The woman was tiny, yet overpowering. Her face was narrow and fox-like. “I know who you are,” she whispered.
Jackie knew who the stranger was too, and she couldn’t pull away. It was like a magnetic force had bound their hands together.
The woman’s beady eyes looked straight into Jackie’s. “Interesting.”
What was weird was, Jackie couldn’t read her, but she knew the woman was reading her.
Zeta shoved the woman’s shoulder. “Leave her alone, you psycho.”
The woman’s eyes darted toward Zeta, allowing Jackie to yank her hands free.
Jason and Trish gathered on each side of Zeta. The three of them glared at the intruder like guard dogs.
The woman smiled, as if satisfied that she had gotten what she wanted. She walked away and sat down at a table in front of a tent with a sign that read, “Psychic Reading $20.” 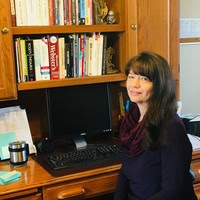 About the Author
JoAnne Keltner is the author of YA Paranormal novels Obsession (Musa Publishing, 2013 ed.), Goth Girl Virgin Queen (Solstice Publishing, 2015), Possessed (2019, Pagan Light Book 1), and Spellbound (2019, Pagan Light Book 2). She lives in Raleigh, North Carolina, where she enjoys gardening, baking, and spending time with family. Every evening you will find her obsessively streaming popular TV shows. She is currently working on the next Pagan Light series book.