The Ghost of Forlorn Lane by Kimberlee Dodge 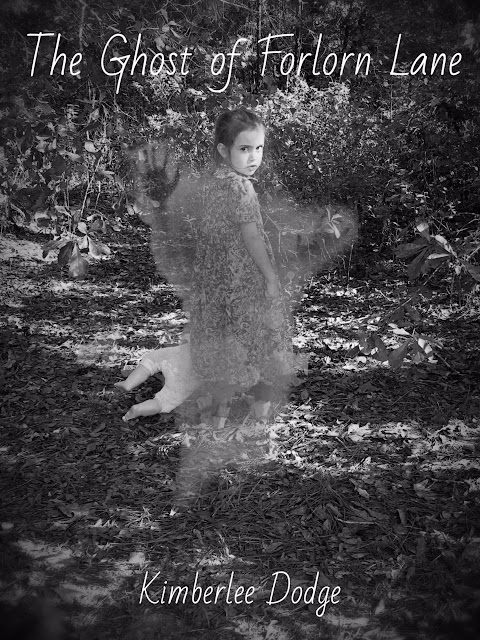 The Ghost of Forlorn Lane
by Kimberlee Dodge
Genre: YA Paranormal
Release Date: November 20th 2020
Summary:
“I wanted to know, have you or your sister been rearranging the things in the upstairs cupboards.” Mom asked me.
“You mean YOU didn’t move the towels?”
“No, I didn’t. I also didn’t move things around in the kitchen after I got back from grocery shopping today. Nothing is where I put it.”
“And you think things are alittle unusual?” I cried out in alarm.
“I did say it’s a very interesting house,”
‘’Do you think this place is haunted?”
“I’m sure it’s nothing to worry about,” she said, though I was not entirely convinced.
Is someone playing a prank? Since he and his family moved to Virginia, 14 year old Jason Daniels has been getting the blame for everything going wrong, including all that goes bump in the night! And though his father seems to have found a logical explanation for all that’s happened since the move, Jason is not so sure.
With his mother’s encouragement, the help of his twin sister and their newly found friends Jenny and Rob, (and larger than life Grandma Rosa,) Jason is determined to get to the bottom of this mystery and finally get a good night’s sleep!

About the Author
Kimberlee Dodge is the author of why a paranormal series,  “The J Club” as mother of six Kim lives with her husband in coastal Georgia with their pack of ankle biting minions.
Growing up in a haunted house herself,  Kimberlee’s interest in the paranormal was cultivated at an early age. She uses humor and writing to overcome tragedy of losing her oldest daughter.