Insincerely Yours by Manasi Singh 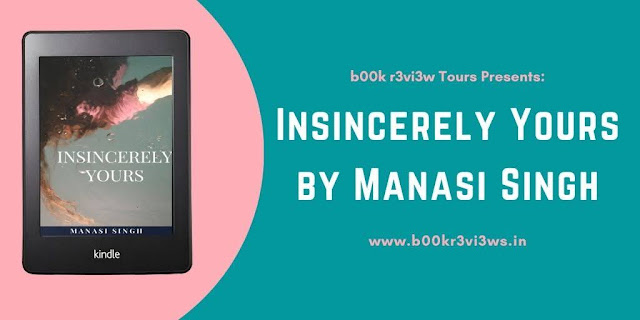 All Ray wanted was to have some fun. Little did she know that what began as a harmless midnight adventure would soon end up being the most terrifying night of her life. 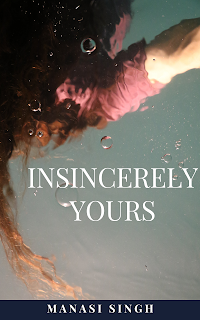 Shuttling back and forth between the States and whichever obscure Indian town her civil servant father was transferred to, Atreya ‘Ray’ Sen’s life has always been on the move. When she comes down to sleepy old Visakhapatnam and befriends Mira, Ray hopes she could be a successful means of whiling away her summer. When Mira invites her to a late-night adventure with Mira’s boyfriend and his pals, Ray jumps at the chance for some excitement. When one of the boys suggests they take a detour to one of Vizag’s most famous haunted houses, the night takes a turn for the dark. The spirit of a mean old man seems to be following them, killing them off one by one.
A near-death experience reveals to Ray that she is the only one who can bring peace to him. Now, Ray must race against time to find a way to save her family and friends, or else the once-peaceful town of Vizag would witness a bloodbath like never before.
An old Victorian mansion with a dark history…a spirit with a vengeance…a girl with no memory of her past…
Will Ray be able to stop the killings in time? Or will she be left with no friends and no family yet again?

Read an Excerpt from Insincerely Yours

Ray surveyed the interiors of the Victorian mansion in awe. The person who had inherited it had hit the lottery, although they didn’t seem to do anything to maintain the grandeur of the place. Everything was coated with a thick layer of dust, revealing that nobody had come by in years. The house, although beautiful in a vintage way, looked like it had seen better days, when there were butlers maybe to take care of the humongous living room. Ray’s eyes fell upon a portrait that hung on the far right off the hall. She walked up to it, noticing every detail she could. The portrait was that of a man who looked like he was in his mid-sixties. He had a proud posture, standing upright, with his moustache pointed to perfection. He had a stern look about his face, save for the smile. He had a kind smile, which made Ray’s lips curve upwards. It almost felt as though he was looking at her, welcoming her to his abode. She felt the picture tug at her heartstrings, the familiarity of the warmth in that face throwing her off. He looked like someone she knew, but who? She wasn’t sure. Perhaps his face was one that was common, like that of a mathematics teacher, they all looked so similar.

As Ray turned around, taking in the room, she noticed two sets of stairs running parallel, towards the middle of the room, to what looked like a catwalk of the first floor. Her eyes fell on a grandiose piano that was half-hidden behind one of the stairways.

“So, what’s the story behind this place?” She asked, mesmerised by the beauty that seemed to surround her.

“They say that an old man lived here, a retired colonel from the army,” Mira said, and Ray’s eyes immediately went back to the portrait, “Apparently, he was a well-respected guy around town until – well – until one fine day, when he lost his mind. He just randomly went batshit crazy and fired all his staff. You could hear him walking around the house all alone in the evening, his cane tapping against the wooden floors. He would play Kishore Kumar songs on his music system for hours. At nights, if you were close enough, you could hear him crying and wailing out loud. One fine day, the tapping and wailing stopped. The music went on for hours, though. When some neighbours came to complain about the constant music, they found him dead on the floor.”

“The version I heard says that he was a paedophile, that they found a picture of a little girl clutched to his chest when they found the dead body. The old man was found by the bar, in this very mansion, and he had drank himself to death. The neighbors were so aghast at him, they let the body lay as it is, saying he didn’t deserve a proper burial,” Karthik remarked.

“They say his ghost still occupies this house. The watchman of this area has sworn he sometimes still hears the cane tapping away at night, as though the old man still walks these halls. One time, he heard some music playing, and ran away so fast, he swore never to return again,” Karthik continued in a conspiratorial whisper, “They say nobody has ever made it out of here alive. The ghost of the old Colonel makes his presence felt by playing his favorite Kishore Kumar song.”

“Which is…?” Rohan asked, stepping closer to Ray subconsciously, looking a little nervous.

Is he scared by this absurd legend?

The room was so silent, she could hear his breath coming out short and fast, the fear in it unmistakable, blending well with the sentiment of the room.

Mira was the first to shriek, holding her hands to her ears. Ray felt her blood running cold in her veins, as the room’s temperature seemed to drop a couple degrees.

A Kishore Kumar song. Could the legend be true?
About the Author: 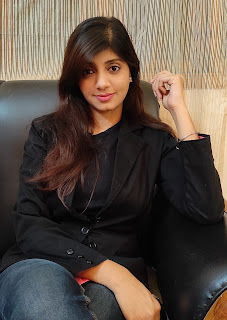 Manasi Singh is a lawyer, graduated from one of the top law schools in India in 2019. Lawyer by day and reader by night, Manasi always had a lot of stories to share, which she did by publishing short stories and articles in newspapers, magazines and journals. In 2019, she began writing short snippets on social media under the name “The Vanilla Writer”, shortly after which she published her first novel “As Fates Would Have It”, which was received warmly by readers of all ages. Manasi is a firm believer in art and creativity not being restrained in any way, which is why she writes short stories, fiction novels, screenplays for short films, and much more.
Manasi on the Web:
Twitter * Instagram * Facebook