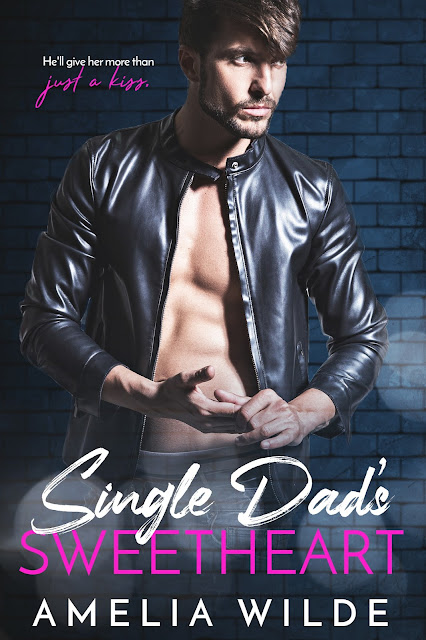 He’ll give her more than just a kiss.

Wilder Felix isn’t coming to some middle-of-nowhere town hours outside the city because he wants to.

He has no other choice.

He’s the frontman for the country’s hottest band, and the world is expecting an album.
His label demands one.

Not since his wife was killed. Not since he was left alone to raise their baby daughter.

He’s a devastated rock star on a required vacation.
That’s all this is.

He’ll force himself to write and indulge his daughter Isabella’s love of chocolate hearts.

He does not expect to find the sweetest thing working behind the counter of Lakewood’s only candy shop.

And he doesn’t expect to be her first.

Shira Calhoun is all wrong for him. Fresh out of college. Virtually untouched.

But one look at her has him aching to play all her notes.

Single Dad’s Sweetheart is a sweet, steamy single dad romance with a hometown twist. If you like rock star heroes, spitfire heroines, and HEAs like fine chocolate, you’re going to love this sexy story by Amelia Wilde. 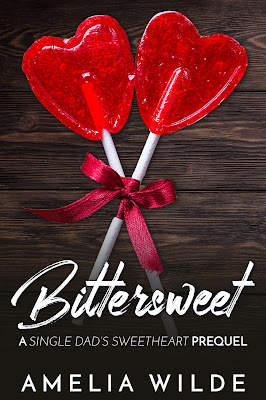 Amelia Wilde doesn’t always write about billionaires, but when she does, they’re alphas with hearts of gold and panty-dropping good looks. She doesn’t always write about small-town men, but when she does, they’re too hot to handle and good with their hands. She always writes about sexy heroes who go after what they want and heroines with enough spark and drive to power an entire city. She always wants the perfect happy ending. She will always accept free cookies.
Want to be the first to know when a new book drops? Sign up for Amelia's private mailing list